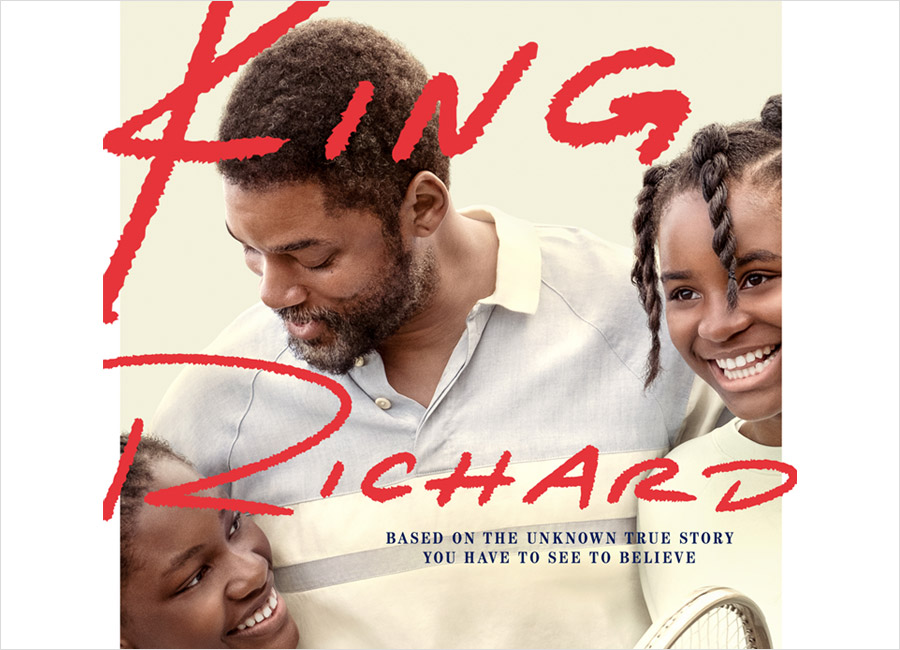 King Richard stars two-time Oscar nominee Will Smith, who also is the film’s producer, as Richard Williams, the determined father of Venus and Serena Williams. The story follows the journey of their family, whose unwavering resolve and unconditional belief ultimately creates two of the world’s greatest sports legends. Also starring are Aunjanue Ellis as the girls’ mom, Oracene Wlliams, Saniyya Sidney as Venus Williams and Demi Singleton as Serena Williams, with Tony Goldwyn and Jon Bernthal as coaches Paul Cohen and Rick Macci. Directed by Reinaldo Marcus Green (Monsters and Men) from a script written by Zach Baylin, King Richard will be released in U.S. theaters and stream exclusively on HBO Max, November 19.

“It is with pride and excitement that we mark our 25th year opening with Warner Bros.’ King Richard, a film that is a touchstone of ABFF’s legacy of showcasing extraordinary Black talent and inspiring storytelling reflecting the brilliance of diversity in Hollywood,” said Nicole Friday, president and general manager, ABFF Ventures LLC. “We’re especially gratified to have the film’s director, Reinaldo Marcus Green, a previous finalist in HBO’s prestigious Short Film Competition, return to ABFF as feature film director — demonstrating the importance of the HBO pipeline in advancing the careers of Black artists. This event is simply a grand slam on every level.”

“Having King Richard at ABFF this year is truly a full circle moment,” stated Reinaldo Marcus Green. “Back in 2013, my short film Stone Cars, that I made while studying at NYU screened in competition and was distributed on HBO — so opening up the festival for ABFF’s 25th anniversary means a lot to me. It’s an absolute honor to return this year with our film. Thank you to Warner Bros. and the whole filmmaking team, the family we built on set, the Williams family for allowing us to tell their groundbreaking story and, of course, our wonderful crew and cast led by none other than Mr. Will Smith.”

ABFF 2021 worldwide virtual experience will include over 100 independent films from 35 countries, spotlight screenings, talks and networking events featuring creators, artists and industry executives. Access to the festival is free. To register, visit https://www.abff.com/.

ABOUT KING RICHARD
Armed with a clear vision and a brazen 78-page plan, Richard Williams is determined to write his daughters, Venus and Serena, into history. Training on the abandoned tennis courts of Compton, California, rain or shine, the girls are shaped by their father’s unyielding commitment and their mother’s balanced perspective and keen intuition, defying the seemingly insurmountable odds and prevailing expectations laid before them.

King Richard is a Warner Bros. Pictures Presentation, A Star Thrower Entertainment Production, A Westbrook Production and A Keepin’ It Reel Production and will be released in U.S. theaters and on HBO Max via the Ad-Free plan on November 19, 2021; it will be available on HBO Max for 31 days from theatrical release.