HBO’s “The Wire” to Receive the Classic Television Award

ABFF Honors is an annual awards season gala dedicated to saluting excellence in the motion picture and television industry. The ceremony celebrates Black culture by recognizing individuals who have made distinguished contributions to American entertainment through their work as well as those who champion diversity and inclusion in Hollywood. In addition to the tributes, the show presents a competitive award for “Movie of the Year” and a “Classic Television Award” in recognition of a time-honored series that has made an indelible impact on audiences.

ABFF Honors stems from the American Black Film Festival (ABFF) founded by Jeff Friday in 1997 and born from his conviction that Black artists deserve the same opportunities as their mainstream counterparts. For more than two decades, the festival has been the standard-bearer of excellence for Black creativity, having premiered the work and supported the careers of many of today’s most successful filmmakers and actors. In just four years “ABFF Honors” has become one of the most prominent events of the industry’s awards season during Black History Month.

Straight from his hilarious Netflix original comedy special, Deon Cole: Cole Hearted, Cole will bring to the ABFF Honors stage his unique style and delivery that have made him a wildly popular performer with both fans and critics. He is best known for his role as adjunct college professor “Charlie” on ABC’s hit series Black-ish, now in its fifth season. In 2018, Cole brought the beloved character to the spin-off series Grown-ish. Over the years, he has received numerous award nominations for his outstanding body of work in television writing and performances.

ABFF Honors will pay tribute to HBO’s critically acclaimed television series The Wire where cast and crew will gather for a celebration and special presentation of this year’s “Classic Television Award.” Created by David Simon, the series premiered the first of its five seasons on HBO in 2002 and is widely regarded to be one of the greatest television shows of all time. The cast mainly consisted of then unknown actors, including Idris Elba (Hobbs & Shaw), Wendell Pierce (Jack Ryan), Andre Royo (Empire), Michael K. Williams (Motherless Brooklyn), Wood Harris (Empire), Sonja Sohn (The Chi), Clarke Peters (Harriet), Reg E. Cathey (House of Cards), Jamie Hector (Queen of the South), Tristan Wilds (Shots Fired), Dominic West (The Affair) and Michael B. Jordan (Black Panther) who have gone on to become major players in Hollywood.

“This has been an incredible year for diverse content and we are very excited to celebrate the many successes, milestones and breakout moments experienced by Black artists. At the heart of the ABFF organization is our commitment to community – unifying artists in appreciation of one another’s work, and to encourage and uplift each other. ABFF Honors is our platform to accomplish this,” said ABFF Ventures CEO Jeff Friday.

To learn more about ABFF Honors, including the awards categories and past awards ceremonies and honorees, visit www.ABFFHonors.com. 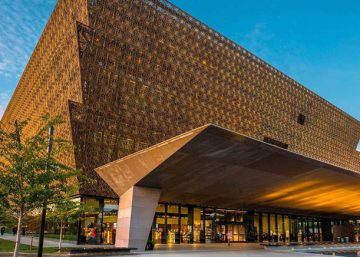