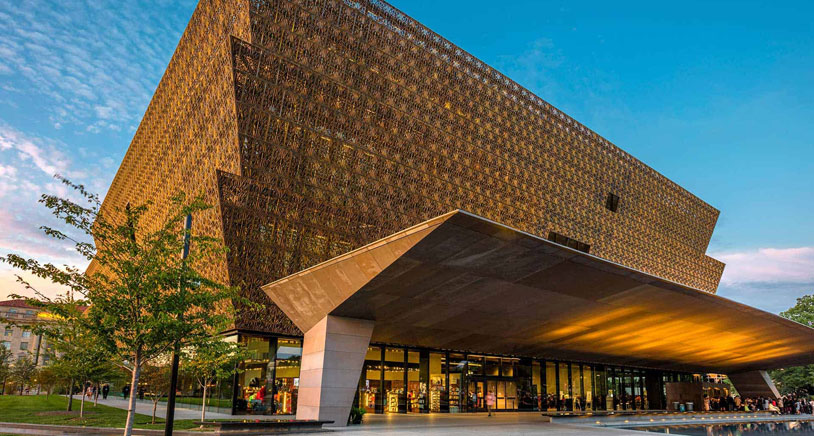 LOS ANGELES, (October 10, 2019) – Today, ABFF Ventures, LLC., announced that objects, photographs, documents and other memorabilia from The American Black Film Festival (ABFF) archives have been acquired by the Smithsonian’s National Museum of African American History and Culture in Washington, D.C. The items will join the museums’ permanent collection and commemorate the ABFF’s rich 24-year history.

The American Black Film Festival (formerly Acapulco Black Film Festival), was first held in June 1997 by its original founders, Jeff Friday, Byron E. Lewis and Warrington Hudlin. In 2002, the Festival moved stateside to continue its commitment to community, providing a platform for up-and-coming filmmakers of color and bringing together creatives in appreciation of one another’s work, to challenge, encourage and uplift each other. ABFF is dedicated to recognizing black talent and showcasing quality film and television content by and about people of African descent, and continues to be a vehicle to strengthen the black entertainment community by fostering resource sharing, education and artistic collaboration.

The above items were donated by Nicole and Jeff Friday.

“Recognizing the cultural significance and historical import of the long-standing American Black Film Festival, it is thrilling to have objects from ABFF join the museum’s permanent collection. For nearly a quarter century, ABFF has been at the forefront of celebrating the history and cultural value of African American storytelling and image-making, so receiving objects that highlight the vision and creative spirit of ABFF was deeply important,” said Rhea Combs, Supervisory Museum Curator of Photography & Film, Smithsonian, National Museum of African American History and Culture.

“Being a part of the NMAAHC’s prestigious collection of historical artifacts is an amazing honor and significant milestone for the ABFF. It brings a great sense of pride and excitement that ABFF’s legacy is recognized as an important piece of African American history and culture,” said Jeff Friday, ABFF Ventures CEO.

ABOUT ABFF VENTURES:
ABFF Ventures LLC (ABFFV) is a multifaceted entertainment company specializing in the production of live events and branded content. Its mission is to entertain and inspire communities of color while promoting diversity in Hollywood. Headquartered in Los Angeles, ABFFV was formed to stimulate business growth through expansion into other events and services. Its tent-pole properties are the American Black Film Festival (ABFF), cited by MovieMaker magazine as “One of the Coolest Festivals in the World;” and “ABFF Honors,” a televised annual awards gala saluting the top stars of film and television. In creating ABFF Ventures, CEO Jeff Friday channeled his passion for film and television, as well as his discomfort with the underrepresentation of people of color in Hollywood, into an organization with the ultimate goal of advocating for diversity within the entertainment industry. Through his vision and perseverance, ABFF Ventures has become a highly respected enterprise, generating goodwill throughout the Hollywood and corporate communities.